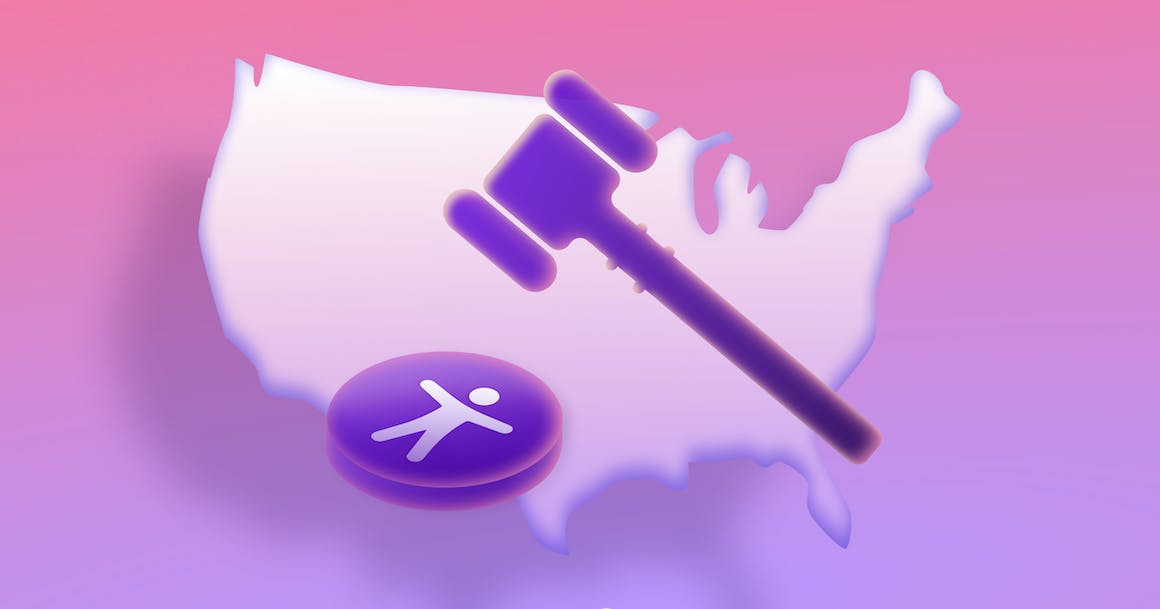 A silhouette of the United States, with a gavel and accessibility icon in the foreground.

Several web accessibility lawsuits have set important precedents for ADA compliance. Here’s an overview of four of the most significant cases.

Below, we discuss four of the most important cases — and explain how these lawsuits continue to impact the web accessibility landscape and shape what it means to be ADA-compliant.

In 2016, Guillermo Robles, who is blind, filed a lawsuit accusing the pizza chain of violating Title III of the Americans with Disabilities Act (ADA), which prohibits discrimination in places of public accommodation.

Robles claimed that Domino’s website and mobile app were inaccessible for screen reader users (a screen reader is software that converts text to audio or Braille). In its defense, Domino’s argued that because the ADA doesn’t contain technical requirements for web accessibility, Title III didn’t apply.

A district court agreed, but the Ninth Circuit reversed the lower court’s decision. Domino’s ultimately settled the lawsuit on June 6, 2022.

The Ninth Circuit’s ruling reinforced the position of the Department of Justice (DOJ): Websites are places of public accommodation and must be made accessible for people with disabilities, even if the DOJ doesn’t issue technical requirements for websites.

“While we understand why Domino’s wants the DOJ to issue specific guidelines for website and app accessibility, the Constitution only requires that Domino’s receive fair notice of its legal duties, not a blueprint for compliance with its statutory obligations,” the court wrote.

In 2012, Netflix reached a settlement with the National Association of the Deaf (NAD), the Disability Rights Education & Defense Fund (DREDF), and other plaintiffs who alleged that much of the content on the streaming platform’s “Watch Instantly” feature did not include closed captions or subtitles.

Prior to the settlement, Netflix had argued that it could not be forced to provide closed captions because it did not own the copyrights to much of its programming. Additionally, the company argued that the 21st Century Communications and Video Accessibility Act (CVAA) applied to video programming streamed on the internet — so Title III of the ADA didn’t apply.

A Massachusetts federal district court disagreed, and in October of 2012, Netflix agreed to settle the case.

“DREDF hopes that this is the beginning of opening the internet for our country’s 48 million deaf and hard of hearing individuals in streamed entertainment, education, government benefits, and more,” said Arlene Mayerson, DREDF’s directing attorney. “We’re so pleased that Netflix worked jointly with plaintiffs to devise a reasonable and workable way to achieve 100% captioning. The Decree is a model for the streaming entertainment industry.”

The Netflix case helped to establish the precedent that streaming media is covered by the ADA. The settlement provided a crucial framework for other streaming content providers.

In March 2014, the DOJ intervened in a lawsuit between the National Federation of the Blind (NFB) and H&R Block (named in the lawsuit as HRB Digital, LLC and HRB Tax Group, Inc.).

The NFB and two individuals filed a lawsuit in Massachusetts, alleging that H&R Block’s website and mobile app contained barriers that prevented equal access for users with visual, hearing, and physical disabilities.

H&R Block entered into a consent decree (a legal settlement) with the plaintiffs and the DOJ, agreeing to fix accessibility issues and pay $100,000 in damages.

Title III of the ADA is typically enforced through private litigation — any person with a disability may file a lawsuit under the law. However, the DOJ can also open an investigation when alleged accessibility issues impact a large number of consumers.

This was the first case in which the DOJ intervened directly in a digital accessibility lawsuit. In court documents, the DOJ explained that the defendant had access to resources for creating accessible digital content.

“Industry guidelines for designing and programming websites to work with assistive technologies, including screen reader software, refreshable Braille displays, keyboard input, and captioning exist and are set forth in the freely available WCAG 2.0,” the DOJ wrote. “WCAG 2.0 is regularly used by companies that own and operate websites to make content accessible to individuals with disabilities.”

In 2017, accessibility advocacy organization Access Now filed a complaint against Blue Apron on behalf of four plaintiffs with visual disabilities. The plaintiffs alleged that Blue Apron’s website was incompatible with screen readers, claiming that the meal service’s content was “largely unusable due to various accessibility barriers.”

Blue Apron moved to dismiss the lawsuit, arguing that Title III of the ADA was not applicable because the company’s website was not associated with a brick-and-mortar store.

According to the Court, online-only businesses still have an obligation to provide accessible content.

“In a society in which business is increasingly conducted online, excluding businesses that sell services through the Internet from the ADA would 'run afoul of the purposes of the ADA,’” Laplante wrote.

Web Accessibility Isn’t Optional ... and It Is Achievable.

Ready to make sure your website is accessible for people with disabilities? AudioEye’s platform includes powerful tools for finding and fixing accessibility issues. Take the first step today by getting a free scan of your website for WCAG conformance. 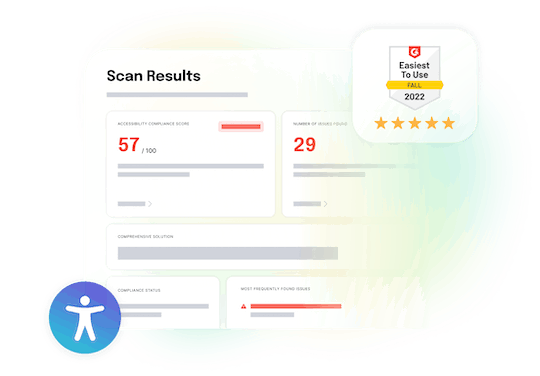 Find out if your site is accessible for people with disabilities and meets theADA,WCAG, and other requirements.