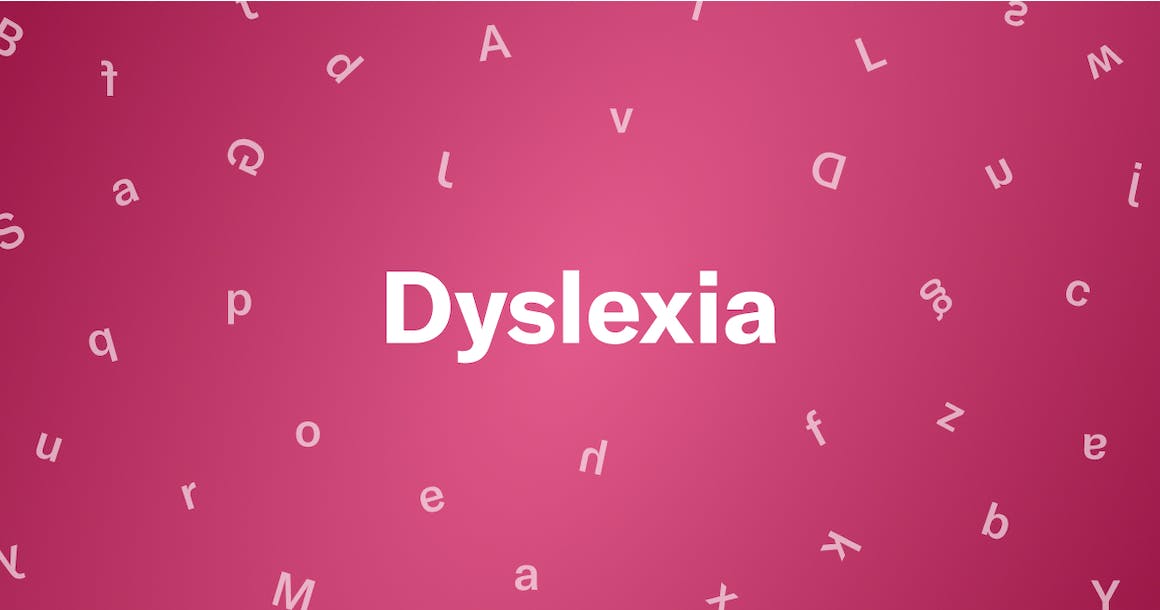 The word Dyslexia on a pink background surrounded by white letters

For people with dyslexia, the right font can help improve the user experience. Learn how to incorporate accessible fonts for dyslexia into your website design.

About 20% of the population has dyslexia, a learning disorder that affects language processing — reading, spelling, and/or writing. Although dyslexia is not a form of visual impairment, it can often manifest as such. People with dyslexia may have trouble differentiating between similar-looking letters, such as b and d, or find it difficult to identify words that are packed next to each other.

To uncover other issues that may affect users with cognitive impairments, test your website with the Free Website Accessibility Checker. 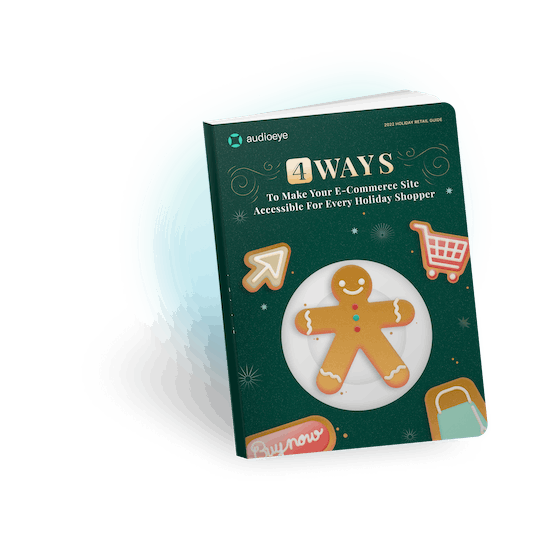 With this free Ebook, learn how you can reach more customers this holiday season by making your website accessible for people with disabilities. 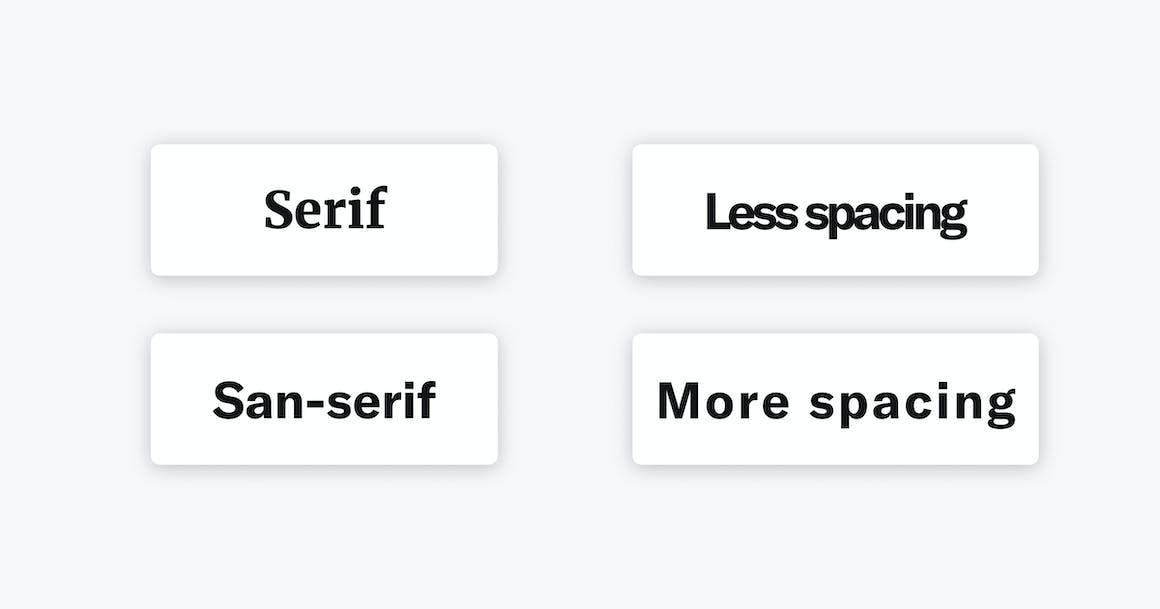 Because dyslexia affects people in different ways, there isn’t one magic font that works for everyone. Here are a couple of general rules for choosing and formatting your fonts for accessibility.

There are a few fonts designed specifically with dyslexia in mind. Here’s a list of both paid and free fonts for dyslexia.

This is an example of Arial font.

Arial is one of the most widely used fonts on the web, and for good reason. First, it’s on just about every program you can think of, and it doesn’t require a license. Second, it’s clear and easy to read.

Like all fonts on this list, Arial is sans serif. Letters are generally not squished together, and their roundness provides clear definition, making Arial one of the best fonts for dyslexia.

This is an example of Helvetica font.

Popular among big brands and a favorite choice for public signage since the 1960s, Helvetica is perhaps the most used font of all time.

It’s not quite as rounded as Arial, but its lack of serifs and evenly spaced letters make it one of the better fonts for dyslexia accessibility.

This is an example of Comic Sans font.

Comic Sans is a much-maligned and unpopular font. This is especially true among graphic designers. And yet, Comic Sans is one of the most dyslexia-friendly fonts.

As you might have guessed by the name, this font is a sans serif and was designed to mimic the typeface often used in comic books. Its playful design provides distinguishable letterings that can be very helpful when trying to make your site more accessible to visitors with dyslexia.

This is an example of Verdana font.

Designed uniquely for on-screen reading, Verdana features wide spacing between letters and is readable at small sizes. Of course, as with all the fonts on this list, Verdana is sans serif.

This is an example of Century Gothic font.

In Century Gothic, letters are distinguishable and well-spaced, with rounded tops and bottoms. Some letters might lean on the thin side, but overall this font is a solid option.

This is an example of Tahoma font.

Though it lacks the fanfare of super-fonts like Arial and Helvetica, Tahoma is another widely used font.

Tahoma lines are bold and straightforward. You will not see any of the frills you’d find with serif fonts. Furthermore, each letter has its own space, which makes it easier to read.

This is an example of Calibri font.

Calibri has been the default font in Microsoft Office Suite since 2007. Similar to Verdana, it was designed for on-screen reading.

The Calibri typeface has some of the most exceptional letter spacings, which make it easy to read in both big and small texts.

This is an example of Open Sans font.

Open Sans is yet another example of a straightforward and no-frills font. Created for Google, Open Sans is free to use with an open-source license.

This is an example of Dyslexie font.

Designed by Christian Boer, who has dyslexia, Dyslexie was created specifically for people with dyslexia. The font features heavy, bolder bottoms, longer stems, and unique shapes. All of these features are meant to give each letter its own special qualities and distinguish it from others.

This is an example of OpenDyslexic font.

OpenDyslexic is another font designed specifically for those with dyslexia. Its heavy bottoms and thin tops are meant to prevent letter flipping. Letters are well spaced, and each letter has a unique style.

OpenDyslexic is completely free and open-sourced.

Besides choosing the best fonts for dyslexia for your website, there are several other steps you can take to ensure your site is more accessible to a wider audience.

Designing and optimizing to improve accessibility for dyslexia is just one aspect of making your site accessible. Start your free trial with AudioEye and get the tools you need to make your site more accessible to people with disabilities.